So what does everyone do on a Sunday morning at 8 am? Have a lie on maybe? Well not my family, we go to running events, either to watch the wife and our youngest son, or to support. I do make a fuss at times but deep down I do enjoy it really (don’t tell my wife that though).

On Sunday the 5th February 2017 Cwm Ogwr running club were holding their second 10k Beast run. A run which takes runners up 1300 ft elevation of dirt tracks to the top of the Gilfach mountain, near Bridgend. It’s a challenging course that has seen grown men cry but also made them determined to come back the year after to conquer ‘The Beast’.

I have a perfect spot for the photos. Its at the very top of the last mountain where I get to catch the runners look of relief as they realise they have finally reached the top! The view behind the runners is a gravelled track cutting through the Cwmogwr Forest and the beautiful Ogmore Valley in the background. Out to my left I can see the Bristol Channel and over to North Somerset. Obviously the runners don’t appreciate the views at that point, but I do.

Each runner passes me with a look of happiness which is amazing to see.  It probably helps that written on the floor just before they see me is a sign saying ‘Look up. Smile for the Camera’, however the sense of achievement of reaching the top is written all over their faces.

It is always an achievement for any runner to have the photographer catch them with the perfect ‘air shot’. Even after running up I managed to capture quite a few, but  as the last few runners were making the way up the final incline they were accompanied by the tail runner Richard and what an ‘Air shot’ he gave me. (Ok it’s a little staged but he’s still taking that as a air shot….by 3 ft)

After the last runner had past I packed my stuff away and made my way back to the Life Centre in Ogmore Vale. This is the part I’ve been looking forward to. A lovely cup of tea and cake….if there is one thing this club does exceptionally well its providing cake.

*If you took part (or know somebody that did) in the run and would like to see (and maybe purchase) an image of yourself then click here to see the full album. 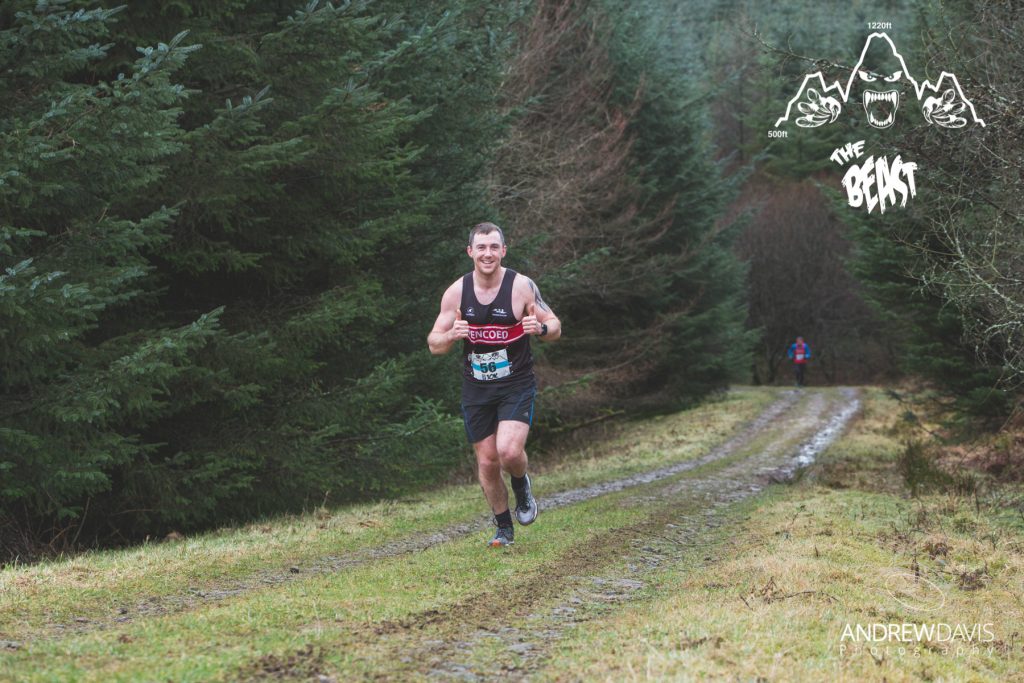 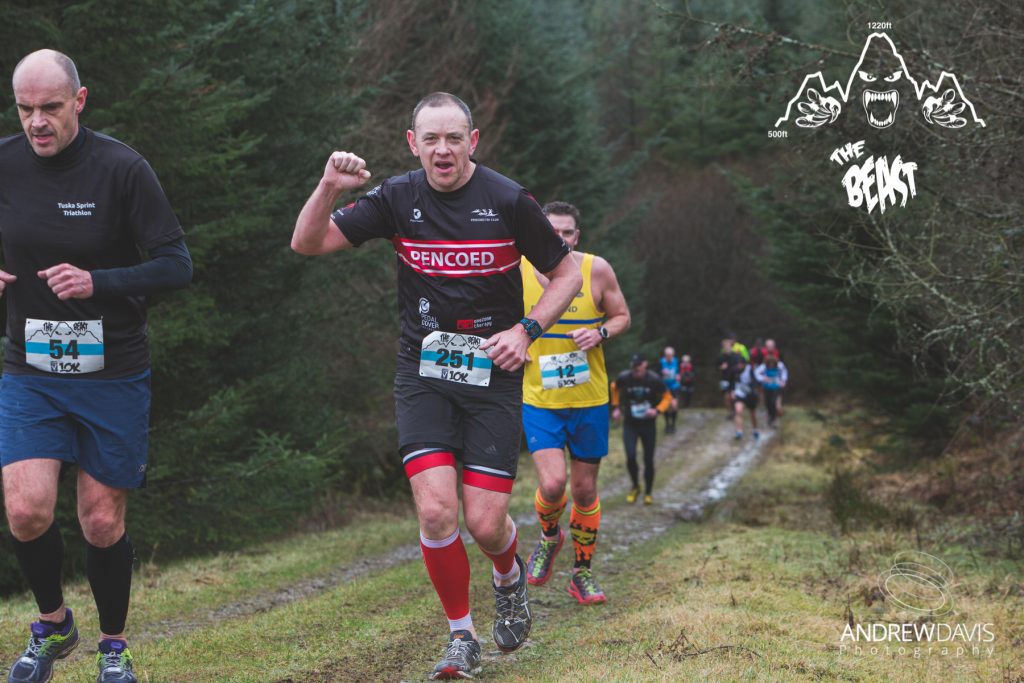 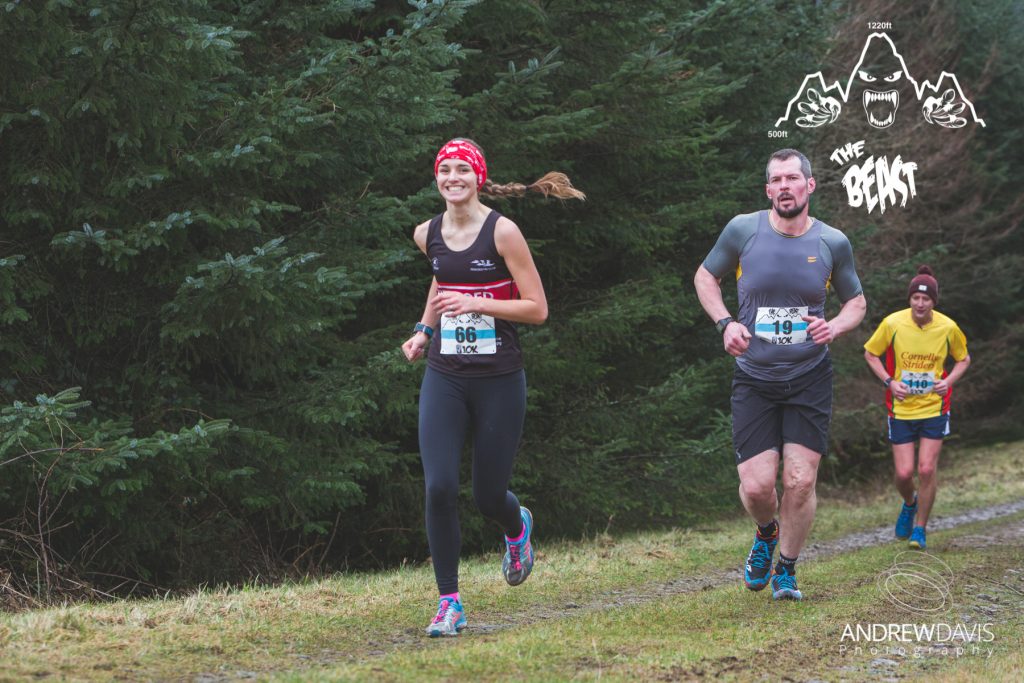 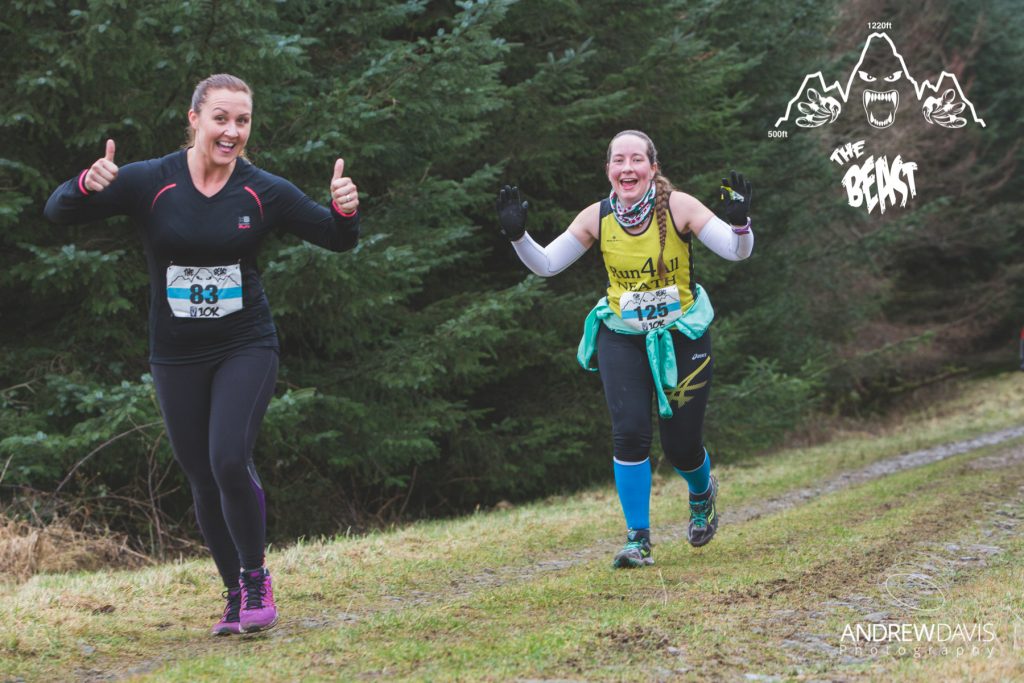 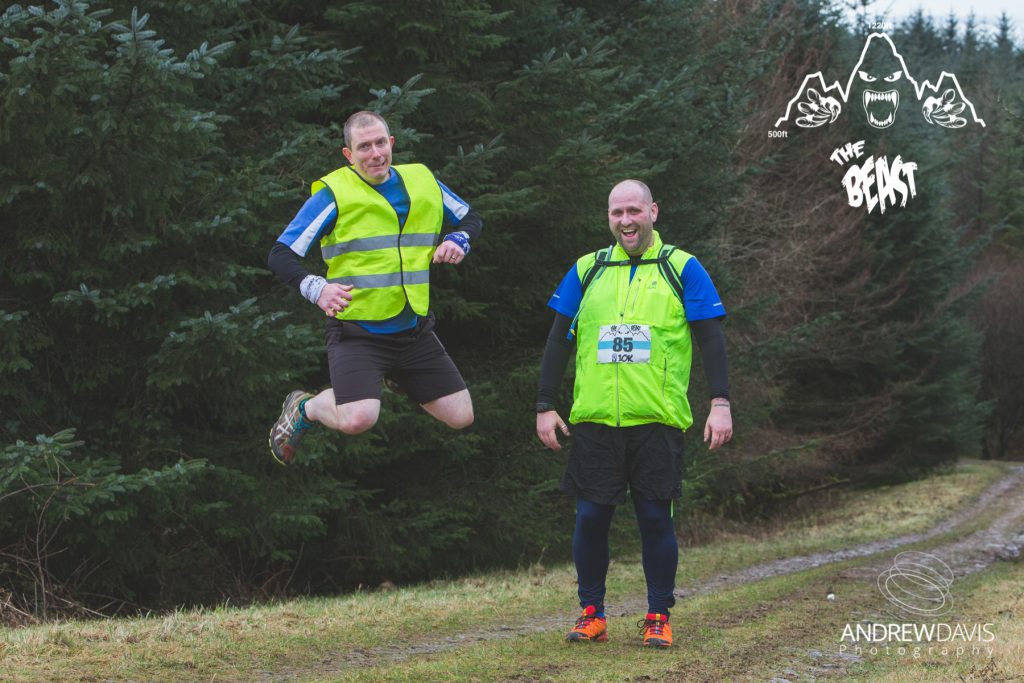