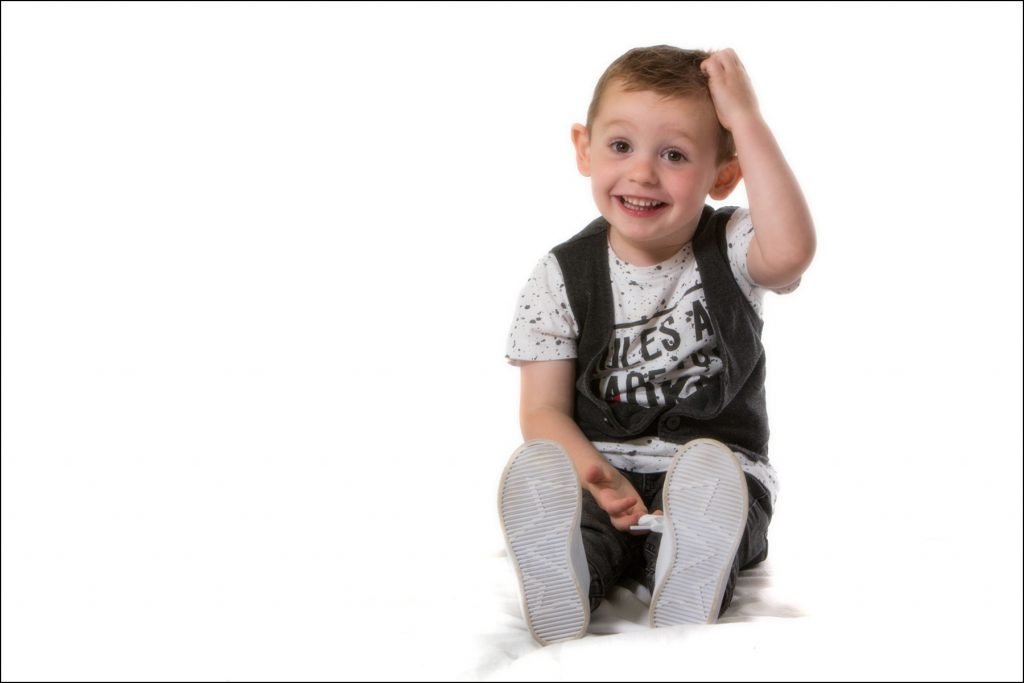 Last week I had the joy photographing children at a local playgroup. As much as you never know exactly what you are going to get with toddlers, you can be sure that there will be laughter, shyness, cuteness and cheekiness. This shoot didn’t fail on any of those fronts and it also had a few inquisitive little ones wondering what I was doing…..”why?”

Patients is the key when photographing children of any age and fortunately I have loads of that. It also helps that one of the carers is the most amazing assistant ever…I think she got nearly every single child to smile or giggle at some point.

So the day started early and the studio was all set up before the kids arrived. Some walked in a and went straight to their toys, others stared at me, others seemed very keen to have their photo taken. The first few sittings had siblings, some of them had to be off to school, so I didn’t have long with them whilst another was just a little baby brother. Mum wasn’t sure how it was going to go, but it turned out really well.

A few hours later, 20+ toddlers photographed…an assistant who was flagging as she hadn’t stopped since shoot one and my camera was feeling considerably heavier than at the start of the day (I think more gym work is needed).

Once the all the sittings were done. Even the ones that didn’t want to smile, but did, it was time to pack up and return to the sanctuary of the studio. I take my hat off to the carers at the playgroup. I have two children and they were hard work, but to have over 20 to keep an eye on would frazzle my head. Lol.

Proofs were delivered earlier in the week and I have had a few excited parents calling in to the studio to order already. That is always a good sign. In a couple of weeks I will be delivering the finished prints. I love the reaction I get from the staff when I do this, I can only hope that the parents respond in the same way.