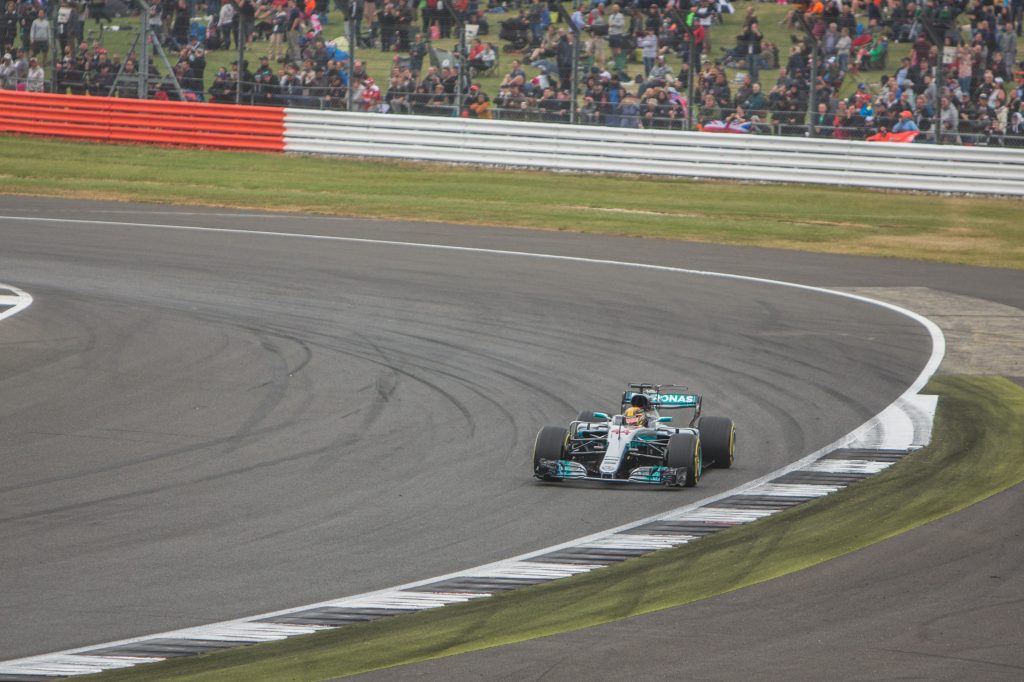 That’s right. I have a very busy month ahead with weddings and some studio work. In-fact the next four weeks will see the studio closed for at least one day of the week because of the midweek weddings that I have. I’ll be shooting at venues all over South Wales including Hensol Castle for the first time. I have no idea how this venue has not come up on my radar before.

Something a bit quick

Anyway, I hear you ask, what was all the enjoyment that you had last week? Well, it was family time and a huge treat for all of us as we went to Silverstone for the British Grand Prix. If any of you know me personally, you will be aware that I am obsessed with F1 and after attending a couple of years ago with my wife, it was decided that we should take the boys….unfortunately they really enjoyed themselves and want to go back. Does anyone know how much I can get for a liver?? The weather (I think I am obsessed with that too) was great for most of the weekend, which was fortunate as we were sleeping in a tent although a bit of rain in the final practice session and the start of qualifying mixed things up for the drivers. It all started on the Thursday when we were lucky enough to go into the pit lane and get close(ish) to the cars and some of the drivers, I even managed to get Daniel Ricciardo’s autograph. Friday was practice day and an early start. We chose to sit in Beckett’s Grandstand to start with and it was amazing watching an F1 car grip the ground as though it was on rails as it whipped through the sweeping bends of Maggots, Beckett’s and Chapel. It was however very windy and it wasn’t long before the kids were asking to go back down to ground level where it was a lot warmer. We carried on walking further around the circuit and popped into Silverstone UTC where my youngest helped me build a miniature rocket propelled car. Amazingly we managed to get it hit a speed just shy of 60mph over a 30m track, which was the fastest of the session (chuffed…)! Second practice we watched from Woodcote which was less windy, but just as impressive as we got to see the cars heading towards us at over 200mph.

This meant an early start and a bun fight to get the best seats. We made our way to Club corner and found some amazing seats that gave us a view from Stowe around to Abbey including the pits and the podium (no wonder these are the top price for race day). Morning practice was eventful as it started dry, but finished wet. One of the Red Bulls going sideways down the pit straight and just missing the wall. Lewis Hamilton almost losing it as he geared up for a quick lap and a Suaber going straight on and into the gravel trap wetted our appetite for what was going to be an enjoyable day. We stayed put and waited for qualifying and we weren’t let down. Q1 started wet, but after Ricciardo had set the fastest lap, his car failed on him and the red flag came out allowing the track to dry up a little, but not quite dry enough for slicks….or was it! With less than a second to go the most laid back Spaniard in F1, Fernando Alonso started his final flying lap on slicks. Was this madness? He was going to be starting from the back of the grid anyhow due to penalties, so he had nothing to lose (unless he put it in a wall and gave his engineers a night’s work). It wasn’t madness though, he flew around the final corner and huge cheers went up for a McLaren topping the timing sheet for the first time in a very long time. Q2 was relatively uneventful, with the usual suspect making safely through to the top ten. Now could Lewis put it on pole? Not only did he do that, but he obliterated the previous best time for qualifying in the process with his fastest time of the weekend. Roll on the race…we were all even more excited now. But before that we got to watch an F2 race and as we were in Club the start and finish too. The noise at the start is loud…very loud!

No rush for seats on race day as we had reserved ones, so we had a lie in….until about 8am!! That’s camping for you though. The excitement was building now and even though it was still early I wanted to get to our seats. It was totally worth it especially when we had a cameo from Nigel Mansell’s 1992 Williams Renault, Red 5 along with the FW08 six wheeler…a totally crazy looking car. The Red Arrows doing their thing and Joylon Palmer throwing some hats to the crowd right in front of us, but it was the race that we wanted. And we wanted a Lewis win…well most of us did. On that front he didn’t disappoint, storming into a lead, before the safety car came out due a tangle of teammates in Becketts. The restart went smoothly too and before long he had a several second lead. Ricciardo who had started at the back was moving up through the field too while Max was doing his best to frustrate the angry German, also know as Seb Vettel. The race never really settled down with a few drivers who were out of position making places. Battles all the way down to the midfield were taking place, but what was to happen in the final few laps will linger for longer. First Kimi had a puncture and subsequent blow out, he limped back to the pits and rejoined just behind his teammate, only for exactly the same thing to happen to him. Vettel though was much further away from the pits and took he ended up in 7th place. Totally unexpected, but I can’t say I didn’t cheer. It meant that Lewis was now only a point behind in the championship.

It still wasn’t over though as we invaded the track and walked to the pits straight to try and get a glimpse of our hero. We had a bit of a wait, but it was worth it. A long weekend, but one that I hope I can repeat! 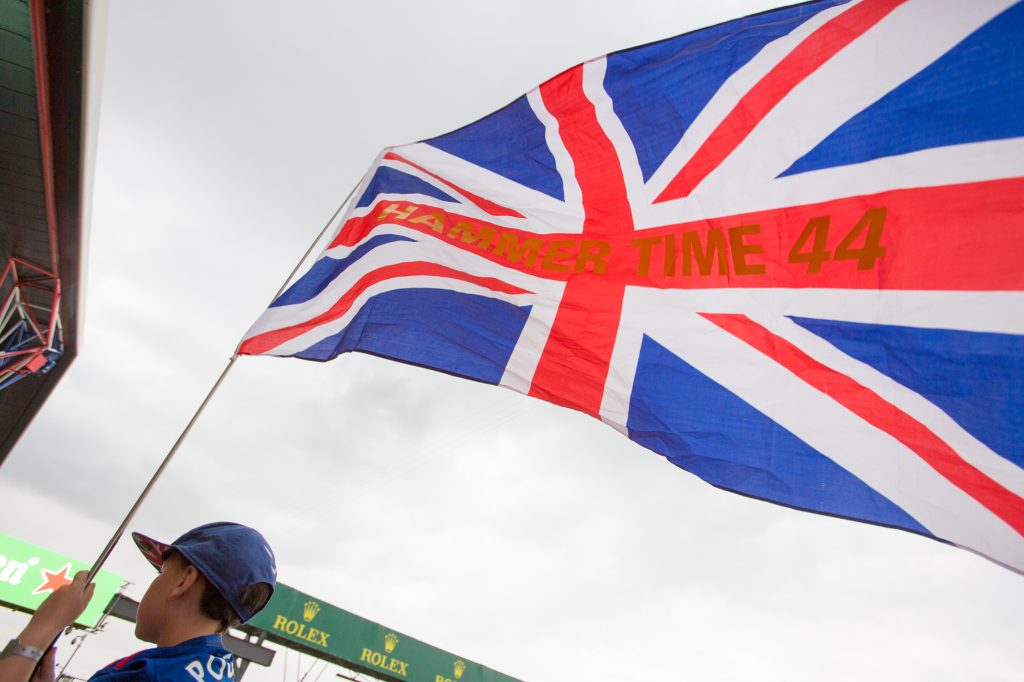 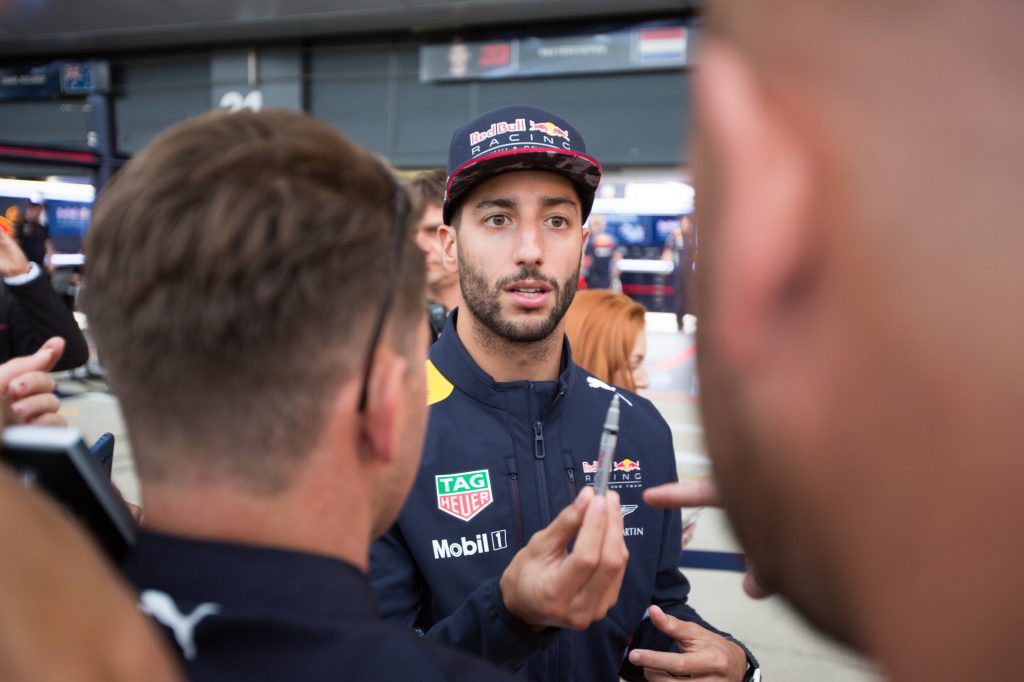 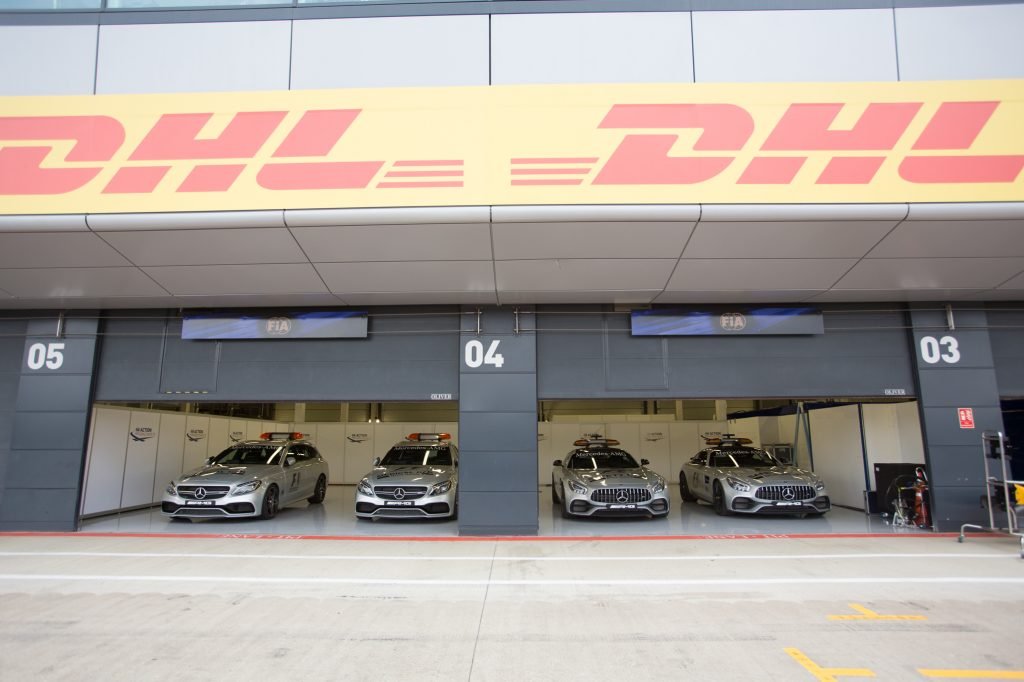 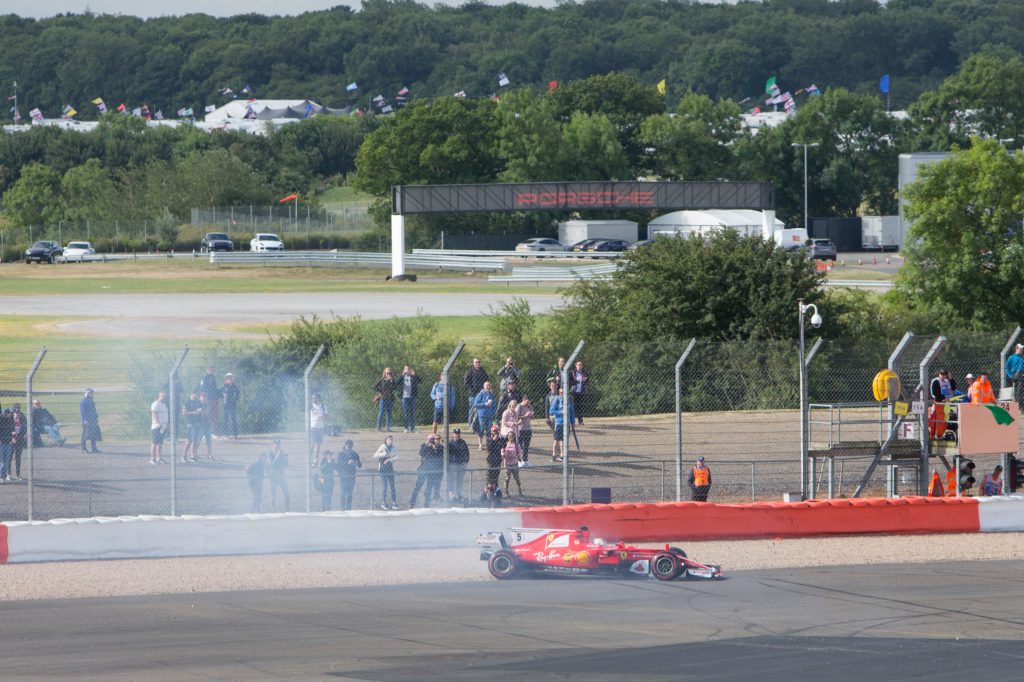 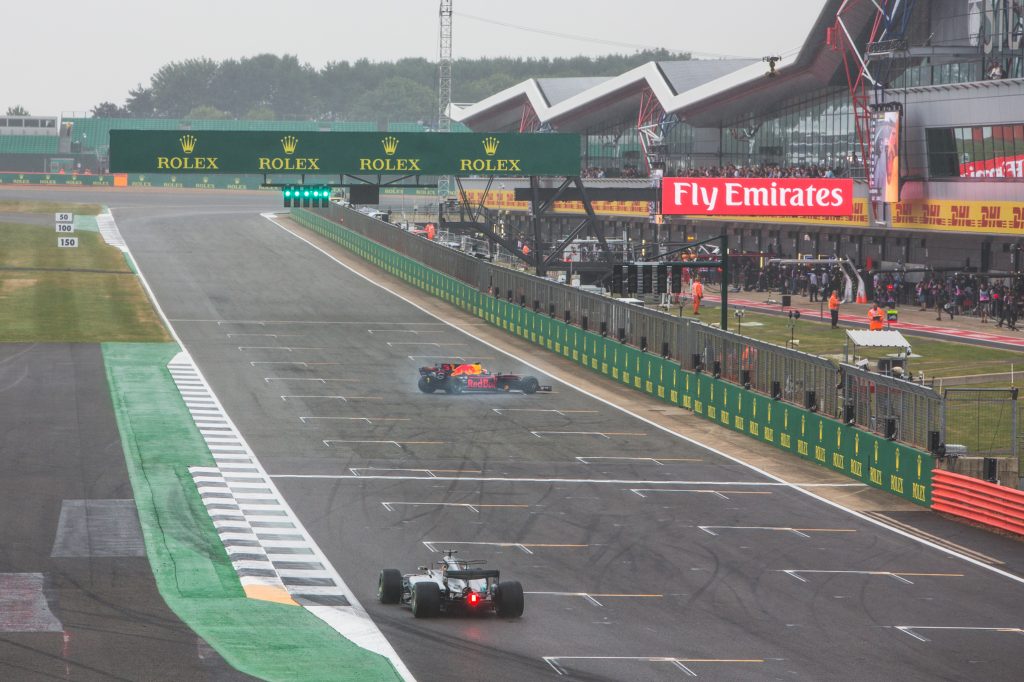 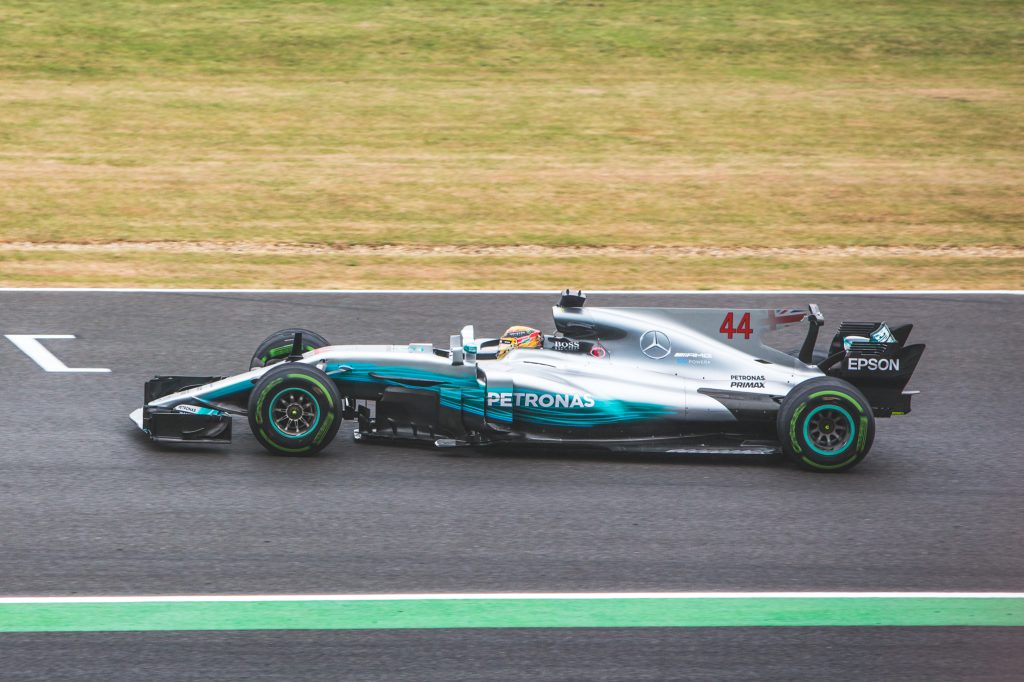 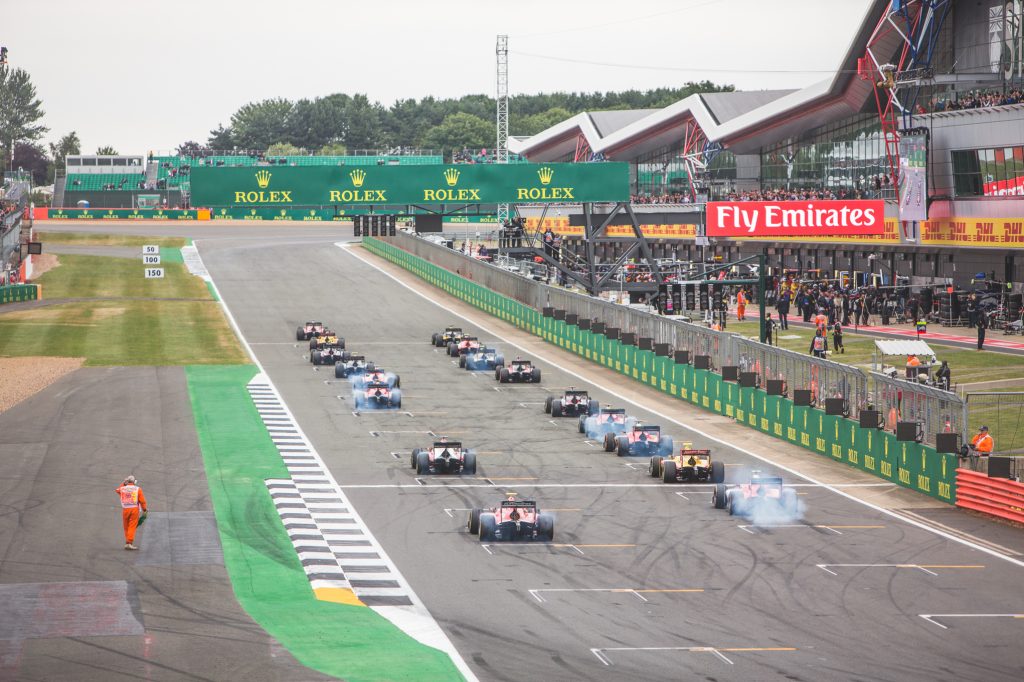 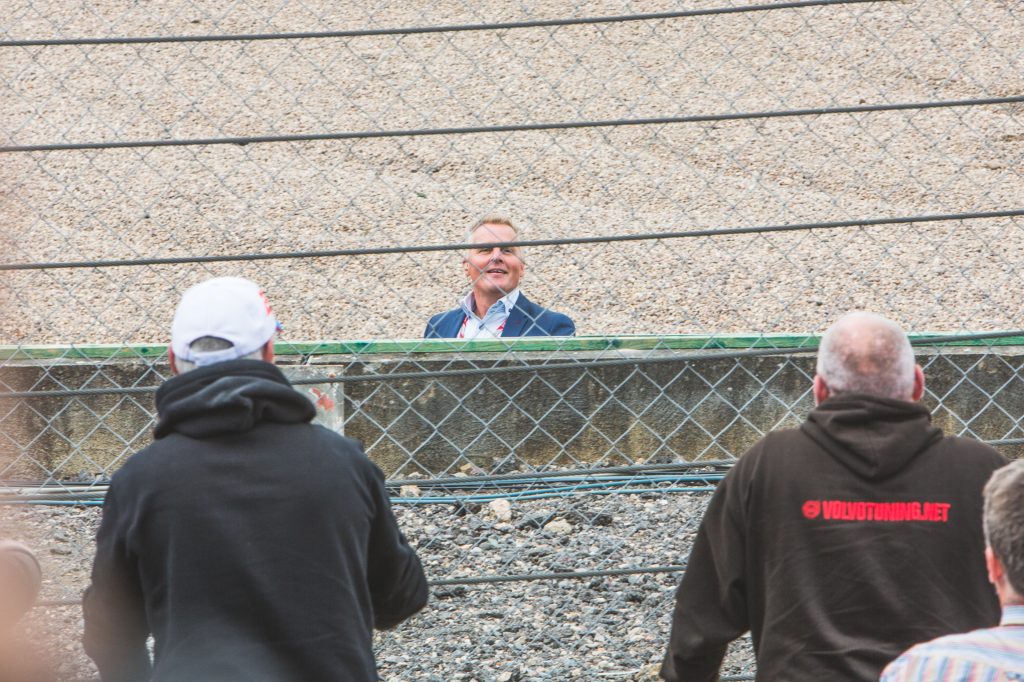 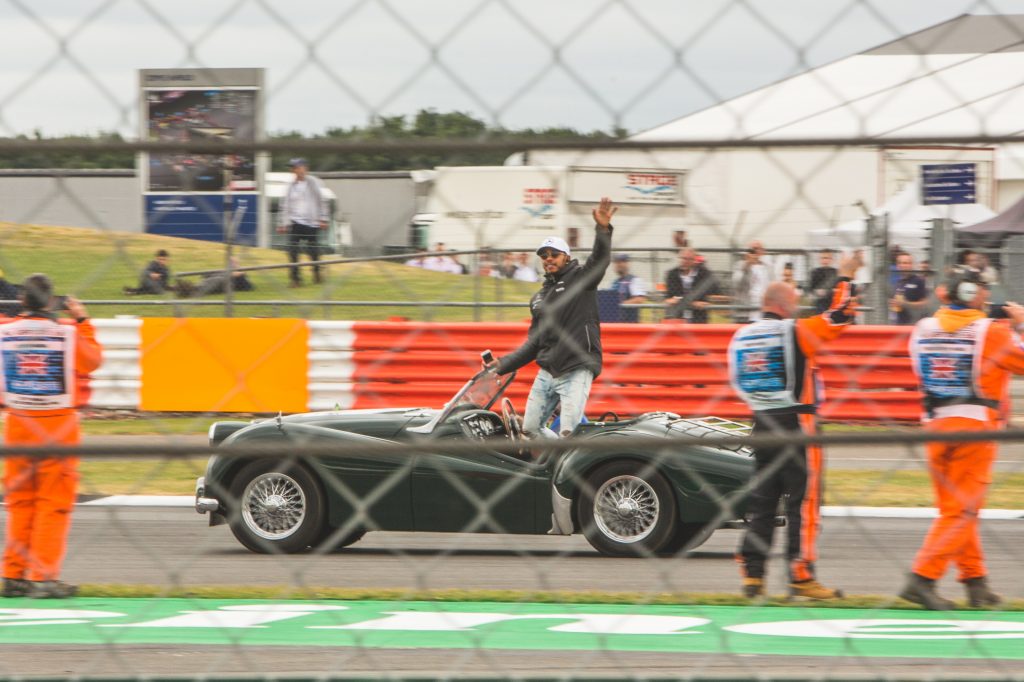 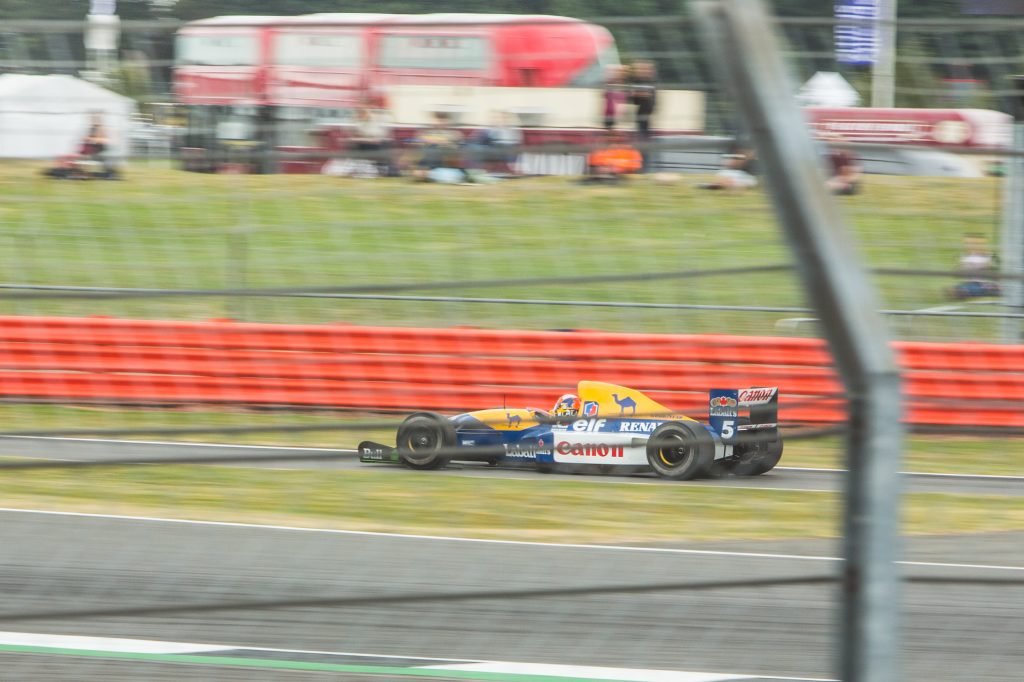 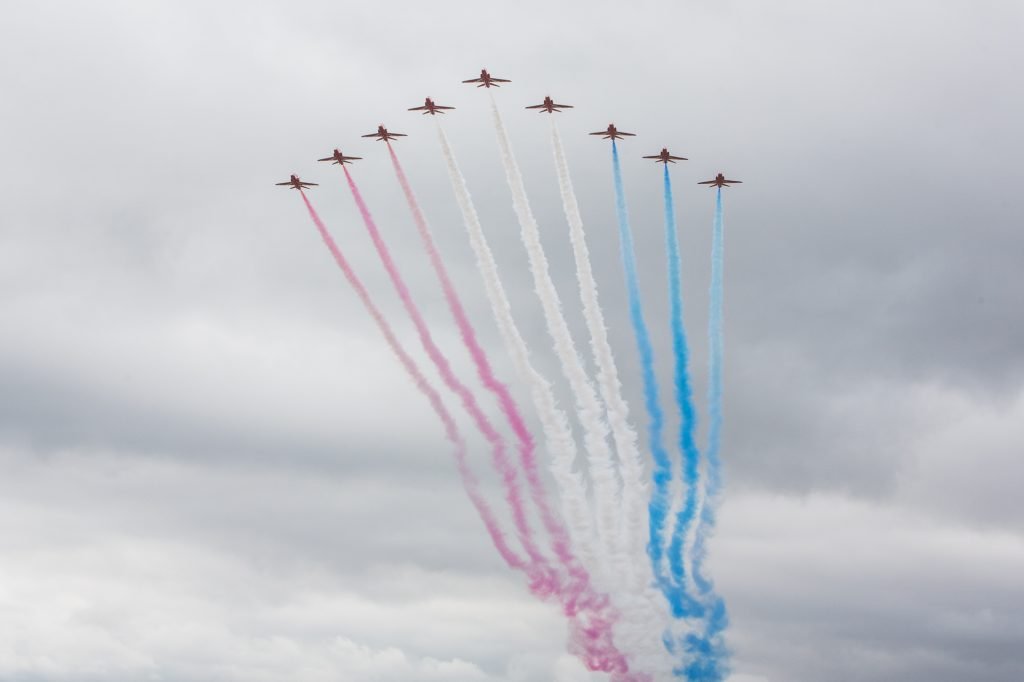 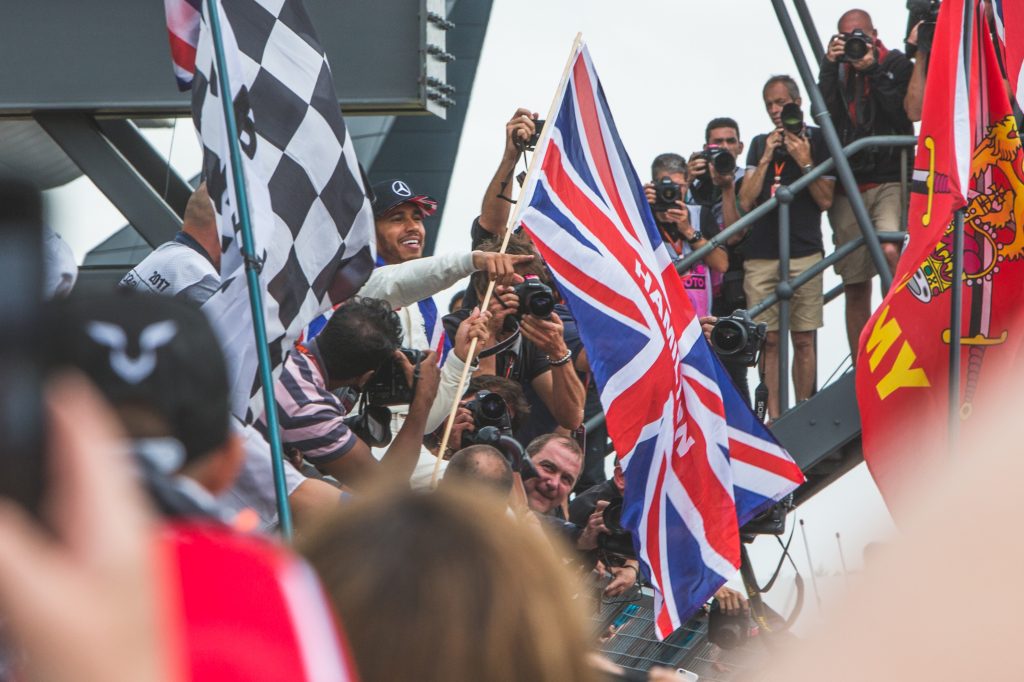